The war on deflation

The COVID-19 pandemic has forced governments and central banks to work together to support the economy. While most investors welcome these efforts – it is the reason global asset prices have recovered from their March lows – there is definite uneasiness about the longer term consequences of these actions. Are central banks compromising their independence in a way that will lead to serious inflation? Are they “monetizing” government debt? Looking beyond the recessionary consequences of the pandemic, it is easy to understand why the prospect of lasting fiscal-monetary “cooperation” has spooked some investors. This would represent a crucial departure from the doctrine that has dominated macro policymaking since the 1980s. Indeed, for more than three decades, most economists have championed the complete supremacy of monetary policy, which meant central banks had to be totally independent of government influence (rejecting their original role, which was to support the public finances in times of war). Yet the boundary they created between fiscal and monetary policy is looking increasingly artificial, while the era of monetary dominance seems to be drawing to a close. 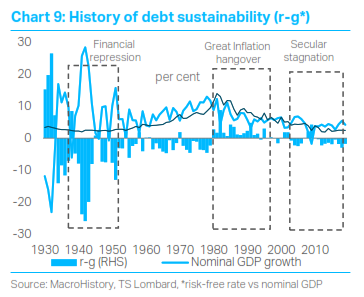 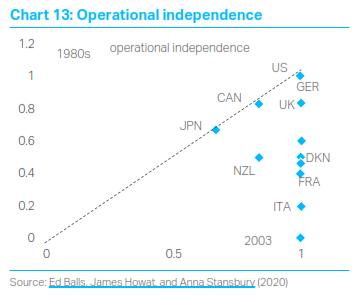 There is nothing inherently dangerous about cooperation between fiscal and monetary policy. We should even end up with a policy mix that is an improvement on the past decade, where the fanaticism of monetary policy reached dangerous extremes. After working together to combat the subprime crisis – much like what is happening today in response to COVID-19 – fiscal and monetary policies diverged throughout the 2010s. In some countries, this was an act of political opportunism, not to forget an irrational fear of bond markets. But it was also based on the mistaken belief that central banks could comfortably offset the impact of government austerity.
Ignoring clear evidence that monetary stimulus was becoming less effective than in the past, while fiscal actions were becoming more potent, it is not surprising this policy mix failed to break the world economy out of its enduring slump. The 2010s expansion was the weakest in history, with most economies only capable of short, temporary bursts of ‘reflation’ (usually in response to massive fiscal stimulus in China). Inflation stayed stubbornly below central banks’ targets and bond yields dipped to 700-year lows, even turning negative in some jurisdictions. Bond markets offered a clear signal that the policy mix was wrong – but fiscal policy ignored this signal.

Fears of ‘debt monetization’ have distorted the debate about policy coordination, just as they did a decade ago when central banks first launched QE. The combination of fiscal stimulus and QE has nothing to with “helicopter money”. In fact, in an obvious throwback to the post WW2 era, central banks might go further in the next couple of years, announcing ‘caps’ on government yields. And for now, there is certainly no conflict between policy co-operation and central-bank independence, while the inflationary consequences of these policies will depend on future interactions, not what is happening today. Will governments continue to use fiscal stimulus even after their economies have recovered from COVID-19 (or revert to hopeless austerity)? If consumer prices start to accelerate and this causes bond yields to rise, will central banks stick to their inflation mandates, or seek to suppress public borrowing costs? History shows plenty of episodes of successful policy coordination that did not result in rampant inflation (i.e. no ‘debt monetization’ took place). But if the authorities want to safeguard the independence of central banks, they should make any new cooperative regime explicit, rather than force the monetary authorities to hide what are effectively fiscal actions on their balance sheets (winks at the ECB). 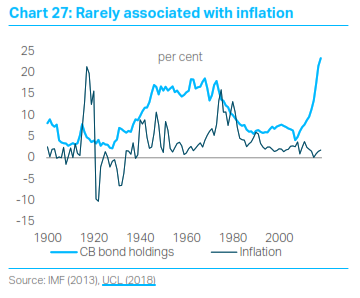