The Sellside Guide to Christmas

The Christmas blockbuster: For economists, Christmas is all about the big “Year Ahead” publication. Even though it’s obvious nobody actually reads these tomes (except, maybe, other sellsiders), they have to be really long so you can showcase your vast intellectual capacity. There used to be a first-mover advantage to this game: everyone was desperate to get their New Year forecasts out before their competitors, so publication dates kept edging forwards. But there are clear risks to publishing such research in mid-October. If you’re lucky, your “deep, thematic long-term analysis” will still be mildly relevant in mid-January. More often than not, your forecasts will disintegrate during the period between Christmas and New Year. These days, of course, you’re lucky if your “Year Ahead” analysis is even remotely valid on Christmas Eve, as you set your “out of office”. The buyside should really find a way to monetize these ideas, perhaps by trading the antithesis of the “Year Ahead Consensus” between Thanksgiving and New Year’s Day. Has anyone back-tested this? 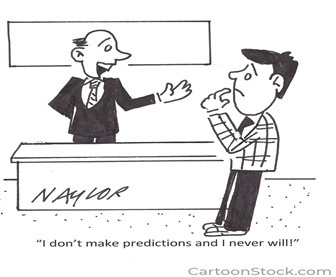 Flipping the chocolate coin (aka FX “strategy”): Usually FX forecasting is quite tricky. After all, you have to get both sides of the trade correct, which often means you are forecasting two central banks, not one. And if one of those central banks is the Bank of England – which takes great pleasure in deliberately confusing market strategists – you should just forget the whole exercise. Yet, at this time of year, investors are interested only in broad FX themes, not running through your detailed analysis of uncovered interest-rate parity. And only two currencies really matter – the US dollar and China’s RMB. Forecasting the dollar is easier than it seems, because you simply extrapolate whatever happened in Q3 into a “new secular breakout” story that can have only one of two possible endings: a global financial catastrophe (if the USD is moving higher) or the “end of the dollar’s reserve status” (if it’s going down). (Or if you really want to make a splash, you can combine these two story endings – gut-wrenching appreciation followed by spectacular collapse.)Forecasting RMB is also great because you just need to imagine a plausible conspiracy theory about what “Chinese officials are really thinking”. Since nobody has any idea how Chinese policymaking works and the financial data provided are clearly designed only to compound the confusion of Western sellside observers, you can say literally anything you like... 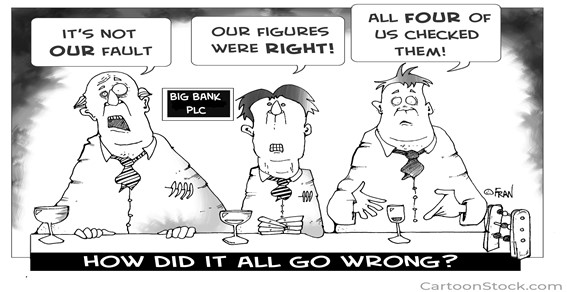 Bonus day: Sellside bonus day always combines the spectacle of the festive pantomime with the amateur dramatics of a typical Italian soccer match. But there are rules to this game, the most important of which is that whatever they pay, you must look sorely disappointed. Always thinking ahead to next year, you want them to believe you are seriously p****d off (even if, in truth, you can barely contain your delight). Some of the more experienced analysts like to arrange not-so-secret phone calls shortly after receiving their bonus news, which require a quick dash from the desk, the facial expressions of somebody dealing with an extremely difficult moral dilemma, and a conversation in hushed tones. Is he speaking to a head-hunter? Is another bank prepared to pay him more? Or is his wife suggesting a new place for dinner? Who knows…? (But remember, management can play these games too. One year my boss took every member of my team into his office to reveal their bonuses… except me. He made me wait an extra 45 minutes – long enough for panic to set in. What did I do wrong? And could I still get the deposit back on that gold BMW? Some sellside institutions even arrange carefully timed pre-Christmas rounds of redundancies to “manage” bonus expectations. That usually works pretty well, too.) 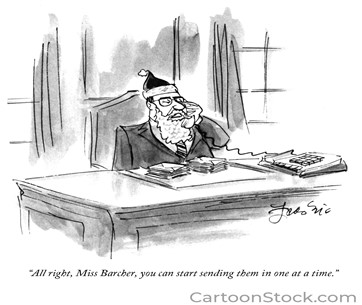 The office party: There was a time, pre-COVID, when the Christmas party was THE social event of the year. People met in person, nobody was thinking about viral “droplets”, and it wasn’t just civil servants and top government officials who could cast aside “social distancing” for the night. Some firms actually had two parties, one for families and kids in the day (with ice sculptures, fresh pizza, child entertainers, etc.) and the other for office staff at a plush location in the evening. The family event always raised the same questions: how is your colleague’s partner so nice when your colleague is a pain in the neck? Do they behave differently at home? Yet, despite the hype, it is hard to find anyone who actually enjoyed the Christmas party. Too often you got stuck with your boss (or, worse, your boss’s boss) and the conversation would be a mix of uncomfortable silences and anecdotes you’d heard a hundred times before. “Back in the Dotcom era, we could finish work at 11am and since every week was a “record week”, management plied us with unlimited vintage Bollinger”. These stories became even more irritating after the GFC, when sellside budgets were cut and your lavish Christmas drinks and dinner at Grosvenor House became two pints of lager and a packet of crisps at the “Dog and Duck” down the road. And you spent most Christmas parties remembering that you had to be back at your desk at 7am – to present your already-revised “Year Ahead” forecasts to a grumpy and hungover sales team.

Christmas sales: The members of the sales team struggle with a secret and difficult dilemma in the run-up to Christmas. On the one hand, business is quiet, so it’s the perfect opportunity to do online shopping, take favourite clients for long lunches (subject to Boris’s approval, of course) or day-trade cryptocurrencies and meme stocks. (Not that they don’t face this dilemma at other times of the year, too.) On the other hand, those “prospects” that have totally ignored their advances over the past 12 months – including 147 voicemail messages that have never been listened to and 1,397 emails that have never been read – might even take their call. This is a period, after all, where even people on the buyside have been known to waste a little time, mindlessly tapping on their keyboards or scrolling the internet, so they might welcome the distraction. If the ambitious salesperson deploys their finely-honed skills once last time before yearend, they might just bolster their Q4 earnings. “This is absolutely the lowest price I can offer and I will need to get my boss’s approval because I know she won’t be happy.” Sure, it’s a technique that is popular among used-car salesmen, but it is surprisingly effective.